Eight signs that you have hard water in Osceola County Florida 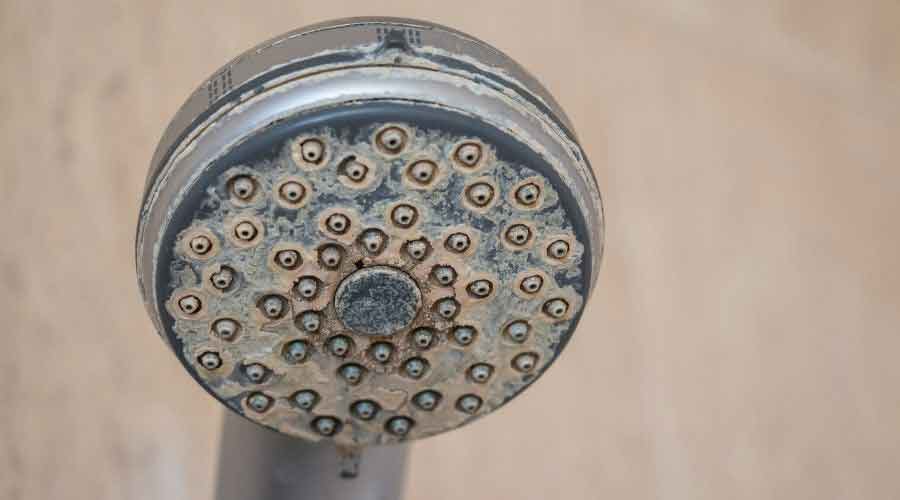 Chances are that you have heard of hard water. But do you think that you have it? How do you know whether you have it or not? In Osceola County. including the areas around St. Cloud Florida typically can have hard, and even odorous water. But, let’s look at the signs that will give you a good idea about the kind of water you have.

The good news is that there are eight simple ways that you can tell whether or not you have a problem with hard water. Once you know if you have the problem, you can work on fixing it.

#1: WATER HAS A FUNNY SMELL OR TASTE

An example would be if you are noticing a metallic taste in your water, it probably has a lot of iron in it. If the water’s smelling like eggs that are rotten, you may have natural hydrogen sulfide. You also could have some kinds of bacteria that are reacting with magnesium and creating sulfates.

Sometimes people will think the water tastes dirty. This could be due to old pipes, algae or sediment. Another reason that your water could taste like dirt is due to algal blooms.

It’s never nice to drink water that doesn’t taste or smell good. However, a bad smell or taste is only the start.

#2: THERE ARE NASTY STAINS

If you notice ugly reddish or brown stains on your porcelain it can be very embarrassing. This can also be a sign of hard water, particularly iron. You probably think that they look much like rust. That’s because the iron that is in your water could be due to a rusty pipe.

You’re going to have to work hard to remove the stains. Sometimes vinegar can help with cleaning and removing them. But this is only a stop-gap solution, since the stains will come back until your problem with hard water is taken care of.

#3: YOU ALWAYS HAVE SOAP SCUM

Soap scum’s another indication that you have problems with hard water. These spots are white and are caused by water evaporating and leaving behind calcium deposits. When your water is hard, you’re going to notice that you have a lot more problems with soap scum. This is because the minerals that hard water have and soap don’t work well together.

If you are noticing that your dishes and glasses are constantly spotty, don’t automatically blame the dishwasher. It could be due to hard water. Even worse – when soap scum’s left on your shower curtain it a certain microbial biofilm could develop which could contain bacteria that spreads disease.

When you have hard water, it’s possible you’re going to find that you are cleaning your kitchen and bathroom a lot more and using a lot more cleaning products to do it effectively.

Do you notice that you’re having trouble with low water pressure and not a lot of lather? It could be because of your water being hard.

Hard water doesn’t react well with soap. Therefore, it’s hard for you to get a decent lather when you’re showering. It also makes it really hard to wash the soap from your body, meaning that there’s a soapy residue left behind. Hard water also can clog your showerhead, so that you don’t have a good water pressure.

When you have hard water, it’s possible that you’re not getting really clean and it’s also possible you’ll notice that your hair’s harder for you to manage. That bad hair day could be because of hard water.

#5: YOUR PIPES ARE ALWAYS CLOGGED

The scale deposit will build up in the pipes, just like plaque building up inside your arteries. This will constrict the water’s flow and can result in backup and a costly call to a plumber.

If your pipes are copper or PVC, chances are that you won’t have a problem with this. This particular problem usually happens with older pipes made of steel.

If you have PVC or copper pipes, this probably is not an issue. It’s most-common with older, steel pipes.

#6: YOUR CLOTHES AREN’T GETTING CLEAN

Another thing that hard water can impact negatively is your laundry, and it’s because of the problems between minerals such as magnesium and calcium and detergent and soap.

Soap’s created to clean away things like grime and dirt, but when it’s not rinsed from clothing, it can make the dirt build up and make your clothes look even dirtier.

When you wash your clothing in water that is hard, the clothes will likely look dirty along with wearing out faster. It even can make towels feel rough and scratchy.

When your water is hard, it’s a good idea to buy a detergent that is made for softening the water. But you also will probably have to use hotter water and more detergent so that your clothes are clean. It’s even said that people who have hard water should quadruple their detergent amount.

It was mentioned before that iron can stain fixtures in the bathroom and this can happen to your clothes too. If you notice that your whites are becoming yellow, this could be due to your water’s iron content. When you combine it with the bleach, the iron will oxidize and this is just a fancy name for rust.

Since washing using hard water is going to mean that soap’s left behind, you could notice that you and your family’s skin is itchy and dried out. When mineral deposits get left on your body, this also can suck the moisture from skin.

If your family, especially children, have problems with eczema, it could be because of hard water. Not only that, but it also could make the symptoms of eczema worse.

Of all of the problems that are caused by hard water, this is probably the one that is going to cost you the most money. The scale deposits often will wreak a lot of havoc on your home’s appliances, from your water heater to your dishwasher.

When sediment builds up in the water heater, it can make it run less efficiently. This is true for your other appliances. When your appliances aren’t running efficiently, it means that your electric bills are going to be higher.

Your refrigerator’s ice maker may stop working because of the scale deposits clogging up its valves. It’s been said that hard water can make your washing machine wear out 30% quicker than normal.

It’s pretty easy to see that hard water is a big problem and it can cause you money as years go by. The estimate is that expenses from hard water may cost you at least $800 annually.

HOW CONDITIONERS AND SOFTENERS HELP

There’s a number of solutions that you can use to the different problems, but if you want to fix all of the problems you have with hard water, you want to buy a softener for your water.

A water softener will remove things such as iron, magnesium and calcium from the water as it’s coming from your source. This investment could help you save a lot of money and headaches.

Another option are reverse osmosis systems, and these can help with eliminating contaminants that are potentially harmful.

It’s true that hard water is a problem and that it can affect a lot of things in your life. But the good news is that there are also things that you can do to help your problems with hard water being eliminated. So, What can you do to help with the quality of water in Central Florida? The answer is utilize a professional that has experience in solving water issues like the ones described above.

Call Bryan Cuttings at Cuttings Water Works in St. Cloud at (407) 617-4103 for all your water well repair, water condition service, and well drilling needs in St. Cloud and around Osceola County Florida.